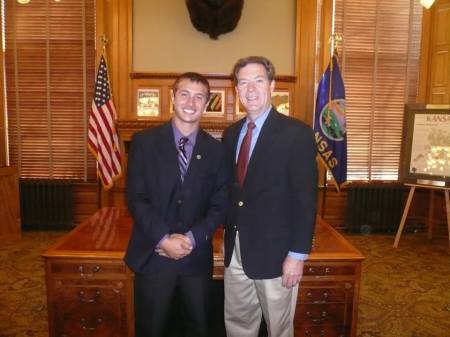 Tommy Emmanuel Returning to Highland The first performance in Highland Community College’s Fusion Concert series will leave those who know him once again appreciating his genius and those who are seeing him for the first time wondering how all that wonderful sound is coming from one per... read more »

Dodge City Uses Big Fourth Quarter to Beat Scotties The Highland Community College football team couldn’t keep the Dodge City Conquistadors out of the end zone in the final period and fell at home by the final of 41-35 on Saturday, September 7. The Scotties, 1-2 overall and 1-1 in J... read more »

Highland to Conduct Winemaking Workshop Highland Community College enology instructor Dominic Martin will be joined by winemaker Bob DesRuisseaux of the Prairie Fire Winery to conduct an evening workshop on winemaking at Monday, September 9, from 5:30pm –7:30pm.  The topic for the ... read more »

Scotties Lose to Ranked Opponent The Highland Community College football team fell to the visiting #14 ranked Northeastern Oklahoma A & M Norsemen by the final of 47-14 on Saturday evening. The Scotties, 1-1 overall and 1-0 in Jayhawk Conference play, fell behind on the opening ... read more »