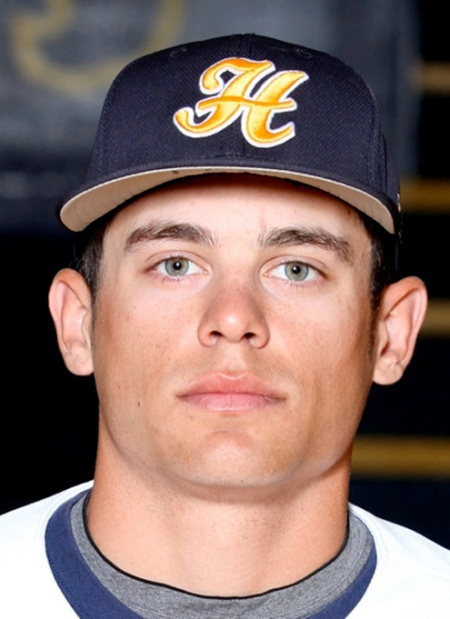 Scottie sophomore center fielder Jeremy Monty (Colorado Springs, CO) was rewarded for an outstanding season by being selected to the Jayhawk East All Conference First Team, as well as the eleven player All Region VI Team. Monty led the Scotties with a .418 batting average, had forty-eight run... read more »

Highland’s Thomas Signs with Iowa Highland Community College freshman basketball player Kathy Thomas has signed to play at the University of Iowa. Thomas was a part of a freshman class that won the most games in school history at 28-4, a second place finish in the Jayhawk Conference... read more »

Twombly Assumes New Roles at Highland Kelly Twombly, longtime Director of Financial Aid at Highland Community College, is assuming new roles at the College.  She will be Director of Alumni Services, which will officially start July 1, and also Spirit Squads Coach, the duties of which she... read more »

Waggoner to Direct Highland Financial Aid Christi Waggoner has been hired as the new Director of Financial Aid at Highland Community College.  Currently Director of the Student Support Services federal grant at the College, Waggoner will begin her new duties on May 21. A graduate of ... read more »

Hartman Hired at Highland Melissa Hartman has been hired as a Registered Nurse instructor at Highland Community College.  She will also serve as the Coordinator of Allied Health.  Hartman comes to the College from the University of Kansas Medical Center where she was the Clinic Nurs... read more »

Kindermusik Returning to Highland Kindermusik is returning to the schedule of summer activities at the Walters Wellness Center at Highland Community College.  This series of Kindermusik sessions focuses on alternative methods of communication, particularly signing.  Each session cos... read more »

Scotties Eliminated in Region Playoffs The Highland Scotties were eliminated from the NJCAA Region VI playoffs Sunday as Hutchinson Community College hit four home runs in taking a 12-7 win in the elimination game.  The Blue Dragons led 3-0 going into the top of the fifth inning when... read more »

Scotties Drop Game One of Super Regional to Hutch, Rebound Against Butler Hutchinson Community College defeated the Highland Scotties 4-2 in game one of the NJCAA Region VI Super Regional Tournament in Chanute, but the Scotties stayed alive in the Tournament as they rebounded to defeat Butler... read more »