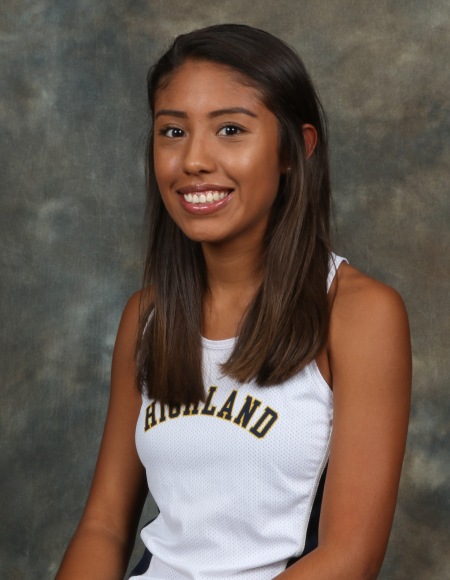 The Highland Community College women’s cross country team placed 20th at the NJCAA National Championships hosted by Iowa Central Community College in Fort Dodge, IA, on a cold 30 degree day. The women came into the contest ranked #22 in the national poll. Finishing 20th not only met their goal for the season, but it is the 2nd highest placing in HCC history. The team average of 20:26 is HCC's 2nd best time since the DI-II merger. Iowa Central won the national title, finishing with five runners in the top 20; forty-two schools were represented as well as 309 individual runners.

Head Coach Chad Clevenger commented on the women's meet. "I was thrilled about finishing in the top 20 after being ranked 22nd going in. We did not race Kendall Williams, so we knew in order to be top 20, we needed to step up our game and get out a little faster than normal. We executed that plan perfectly as we were in 14th after the 1st mile. We also were 33 points from 15th, so we were right in the mix of a very competitive race. Cantu had a big fall with about 1,000 meters to go that could have been quite traumatic, but she picked herself off the ground and finished the race. Uribe was fantastic! She executed the race about as great as I could expect. To put it in perspective, in the Region meet she was 21st, but at Nationals she was the 6th region finisher; so she really stepped up her game and beat 15 women who beat her two weeks ago. Nataly ran a 25 second PR, and without that, we would have missed the top 20. She has been a pleasant surprise in her first ever season of cross country. Two of our top five runners have never run cross country before, and we essentially have four of our top five back for next year, so we are in a great position to stay top 20 and keep working our way up."