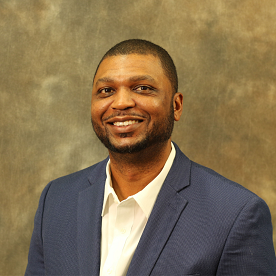 Highland Community College has named Dedrick (DJ) Mayo as Head Football Coach effective immediately. Coach Mayo will be stepping into the position following the untimely passing of HCC Head Football Coach Jared Powers. Coach Mayo was previously the Defensive Coordinator under Coach Powers. Coach Mayo is familiar with Highland and the current HCC student athletes. He has played a major role in preparing for the next recruiting class.

President Fox stated, “Coach Mayo is a respected coach by the student-athletes, the current coaching staff and staff, faculty and administration of Highland Community College. I know Coach Mayo was not only a colleague to Coach Powers, but also a friend. He is stepping in at a difficult time for our athletes.  The College is thankful for the work ethic, experience and stability Coach Mayo brings to the program and his willingness to lead.”

In accepting the position, Coach Mayo stated, “I’d like to thank President Fox for the opportunity to lead the program. Our staff has been embraced by the entire Highland community from day one. I will forever be indebted to Coach Powers for his belief in me, and we will make sure we do everything in our power to continue the legacy and run a first-class program.”