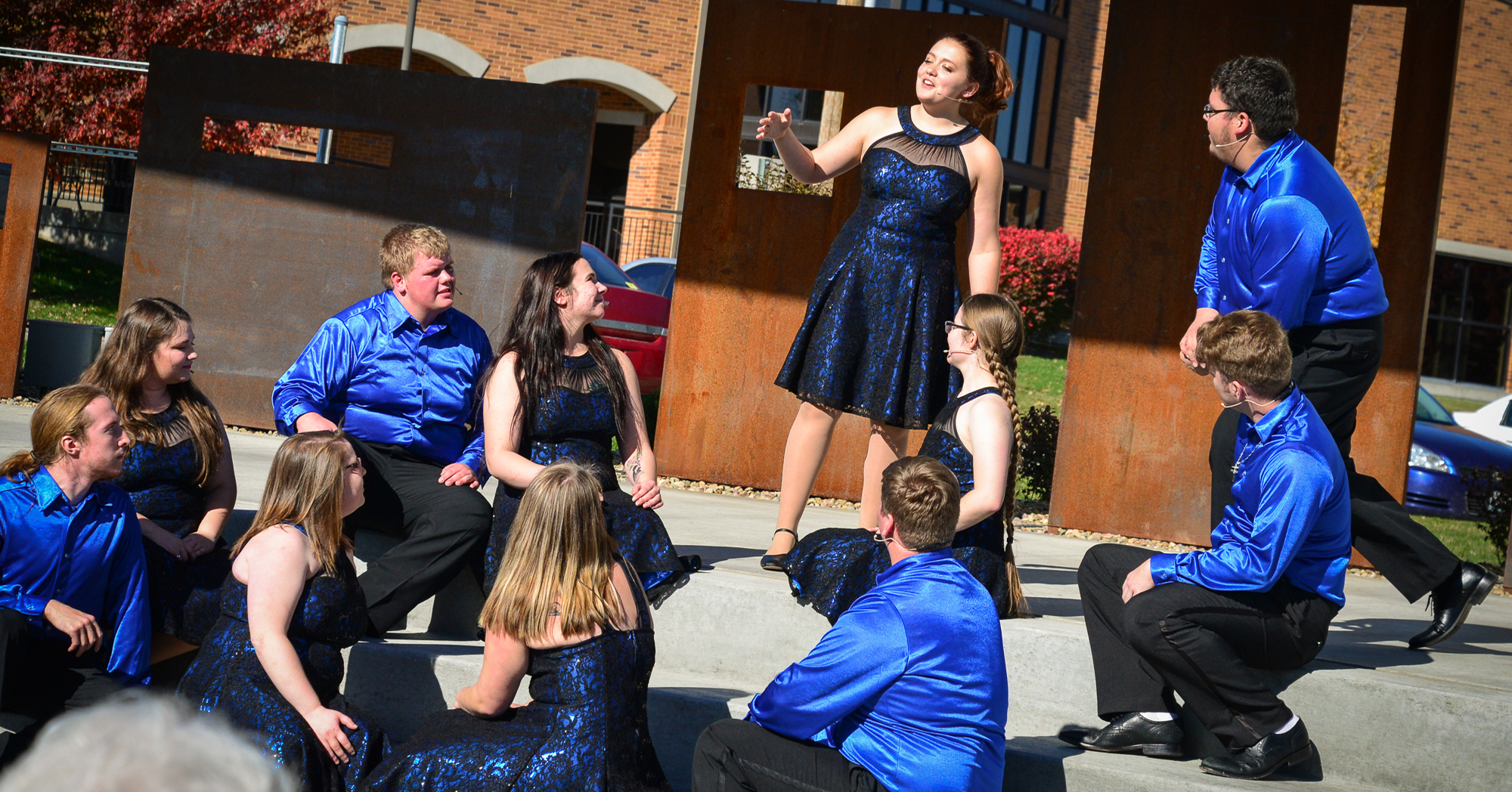 Highland Community College’s Arts in the Barn series will host the HCC Lads & Lassies on April 6 at 7 p.m.

The HCC Lads & Lassies have been the premiere vocal ensemble on the campus of Highland Community College since its inception in 1966. Performing modern popular songs and classics, the group adds choreography, dance, and fresh arrangements to elevate the audience experience. The group is formed from the student body on Highland’s main campus and currently is led by director Shayna Leahy. Traditionally, the Lads & Lassies perform several shows per academic year on campus and throughout Northeast Kansas as well as special campus events and holiday shows.

The Klinefelter Farm located just two miles east of Hiawatha, KS on Highway 36 just off Mulberry Road, is owned and operated by Highland Community College and the HCC Foundation. This beautiful 480-acre farm was a gift to the college from the John M. Klinefelter family and had been in his family for nearly 130 years.  The Farm is home to the Klinefelter Barn which is home to the Arts at the Barn series, a self-supporting and non-profit cultural event series held annually.

For more information on the series visit www.highlandcc.edu/artsatthebarn.