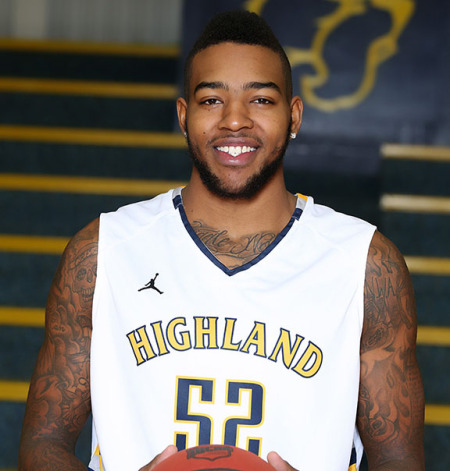 Martell Collins, a member of the Highland Community College basketball team under head coach Jerre Cole, signed a professional contract with the Rendsburg Twisters of the German Regionalliga League.  After playing for the Scotties, Collins continued his college career at Southwest Oklahoma State University in Weatherford, OK, where he was an All-Great American Conference selection both years.

A native of Milwaukee, Collins was named to the All-KJCCC and All-Region VI first teams while playing for Highland.  As a sophomore, he averaged 23.2 points per game and 9.9 rebounds, shooting a 46 percent clip from the field and 77 percent at the charity stripe.

Collins was a dominant player at SWOSU where he was the leading scorer and a top rebounder, ending his college career at the Bulldogs’ third-leading scorer (949 points) and second-leading rebounder (408 rebounds) of the NCAA Division II era.  He will spend the rest of the summer in Oklahoma before heading to Germany at the end of August.