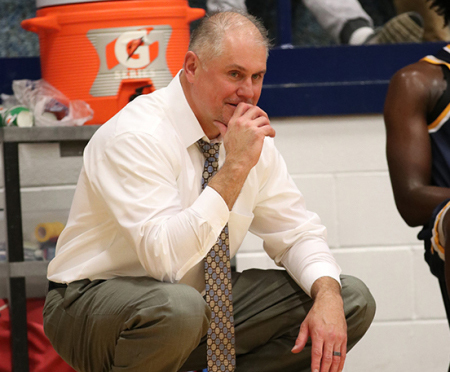 Coach Cole, a ‘91 Highland alum, is in his ninth season at the helm of the Scottie basketball program and has a 154-126 all-time record. In his second season, he led the Scotties to their first Region VI championship and a trip to the NJCAA Division II National Tournament with a record of 22-4.

Last season, Cole posted the best record season of his tenure, finishing 24-8, with the Scotties winning their first ever KJCCC Championship.

Highland is 18-6 this season with six regular season games to play. The men will look for win number 19 on the season as they take on Fort Scott on February 7 at home.