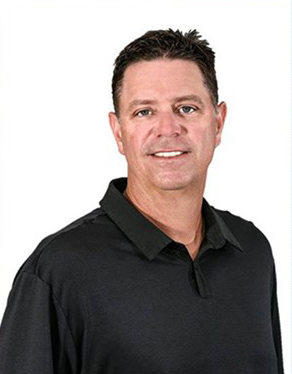 The Highland Community College Athletic Department announced that Todd Logan has been named Head Coach of the women’s soccer program as we head into the team’s inaugural season.

Logan is a Liberty, Missouri native and brings collegiate coaching experience with him. He jumped into the college coaching realm back in 2002 when serving as an assistant at William Jewell for a year. Logan then made the move to the Jayhawk Conference first taking an assistant position at Kansas City Kansas Community College (KCKCC) with the men's soccer program. During his time as an assistant, he helped lead the Blue Devils to a Regional title in 2004. In 2005, Logan took over the Blue Devils men’s soccer program and served as the Head Coach for two seasons. Following his stint at KCKCC, he then became Head Coach of the men’s soccer program at Metropolitan Community College – Maple Woods where he collected over 70 wins in eight seasons helping the team to a Region title in 2011.

"After learning about Highland, meeting the people, and seeing the opportunity that the College offered with the establishment of the soccer program I was intrigued by the position. The previous coach (James Ross) told me this would be a good place to establish a program and win," said Logan about the opportunity to take over the program at HCC.

Recently Logan has been in the club soccer scene in Kansas City as he helped found the Alliance Futbol club (youth soccer) and the Futura Futbol club which had the most teams at Nationals in 2015 of any region and has been one of the top competitive soccer clubs in Kansas City.

"I'm looking forward to getting back to coaching and getting in front of this team to get the ball rolling on the season and help establish a great program. I want to get going with moving forward with this team and I'm excited to get into competition with this team, while also getting involved in the community," said Logan.