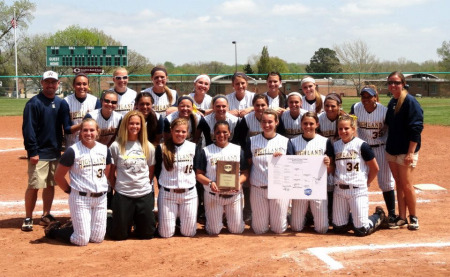 The Labette Cardinals came into the Championship game on a roll, having won the morning qualifying game, and started the game against the Scotties with a first inning home run to get on the board first.  In previous runs to the National Tournament, the Scotties relied on dominant pitching.  This year, the offense has been strong and came through again as sophomore outfielder Katie Yoder (Shawnee) hit a two-run single and NJCAA Region VI home run leader Kaley Pyles (DeKalb, MO) followed with a blast over the left field fence to put the Scotties ahead for good.