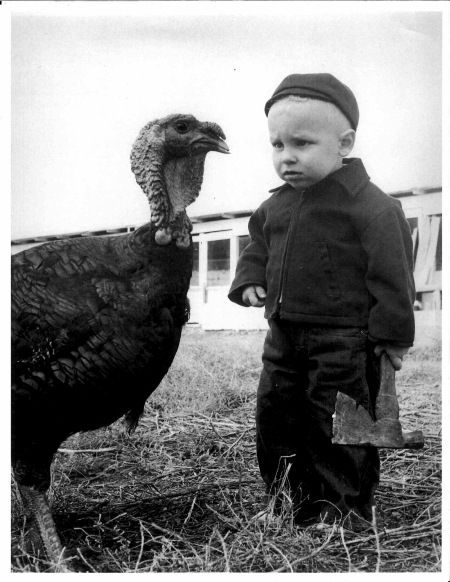 The photography of LIFE photographer and Nebraska native Bill Ray will be on exhibit in the Walter Yost Art Gallery on the campus of Highland Community College from February 12 to March 14.  The Yost Gallery is open to the public from 9:00 am to 4:00 pm each weekday.  The Bill Ray exhibit is courtesy of the Museum of Nebraska Art through its ARTreach program.

During his career as a photographer for LIFE, Ray traveled across the country to document important events in American cultural history.  In those travels, Ray photographed presidents, movie stars, sports legends and everyday Americans, capturing a generation’s hopes and dreams, trials and tribulations, joys and sorrows by visually recording the life and times of mid-20th century America.

Born and raised in Shelby, NE, Bill Ray’s photojournalism career began at the Lincoln Journal Star the day after his high school graduation.  His “Let’s Talk Turkey” image of a toddler carrying a hatchet and looking at a turkey was on the front page of the Star on November 20, 1954, and within a few days was printed in over 600 newspapers across the country.  One of his early assignments with LIFE took him to Hyannisport, MA, to photograph JFK and Jackie emerging from the Kennedy family airplane.  That image later came to be described as an “upper class, 1960 version of Grant Wood’s American Gothic.”

Ray continued to work for LIFE magazine until1972 and then continued to travel and document the wonders of the world for other publications.  The Bill Ray exhibit captures the images of the 60 year career and talent of a man who grew up in a small Nebraska town, worked to achieve his goals, and along the way took some really amazing pictures.