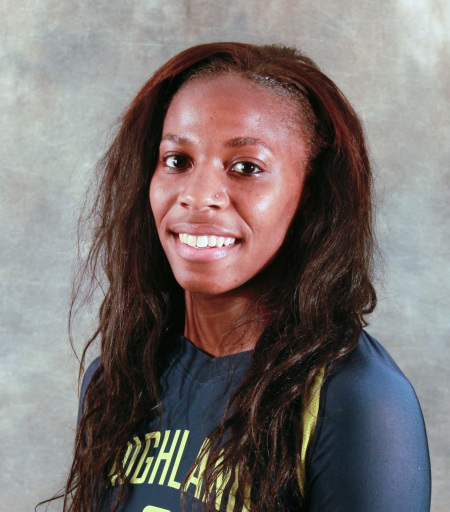 This past week, Lukes had an outstanding performance against Hesston College, helping her team win in three straight sets. She totaled 14 kills with only three errors, hitting a .524 hitting percentage. She also had six total blocks on the evening.

The volleyball team competed in the Triton Invitational in Fort Dodge, Iowa over the weekend where Lukes, along with two of her teammates, made the All-Tournament Team. She hit an impressive .426 average in the four games played, having 49 kills. 11 digs went in her favor throughout the weekend, along with 18 total blocks which currently has her sitting in second in the KJCCC East with 129. Lukes is also in second in the KJCCC East with total kills, 393, as well as tied for second with 61 solo blocks.

Lukes has broken the blocking record for a single season here at Highland, has been named 'Scottie Athlete of the Week' twice, and was named to two different All-Tournament Teams.

The sophomore has helped lead the Scotties to a 23-12 overall record and 5-3 in the conference. They travel to Arkansas City, Kansas on Wednesday, October 26th to take on the Cowley Tigers at 6:30 pm.