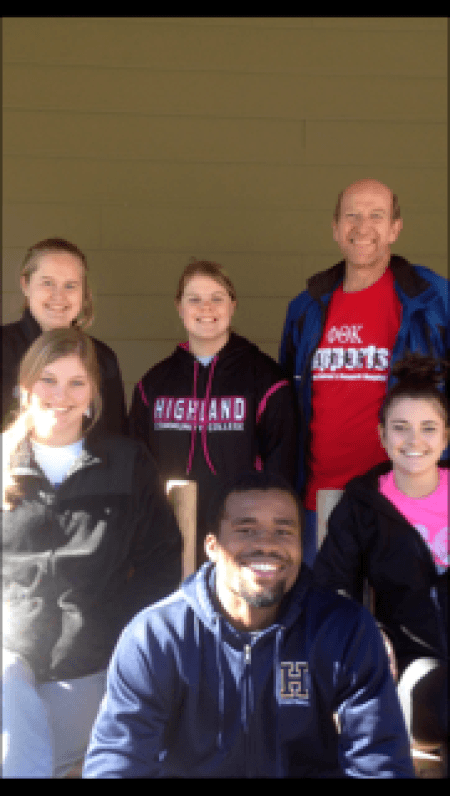 On Saturday, thousands of runners ran one of four races -- 5K/10K/half marathon/marathon.  Advisor Harry Moeller and member Katlyn Kirkwood ran in the half marathon.  PTK members Cooper, Muoh, Siard, and Wist, were volunteers at one of the hydration stations during the race and cheered on the runners.  Muoh reported on Tuesday he was still hoarse from encouraging the runners. Over $5,000,000 was raised for the St. Jude's Research Hospital, which allows child cancer patients to receive free treatment.  The tired group returned to Coffeyville on Sunday and arrived back in Highland that night.