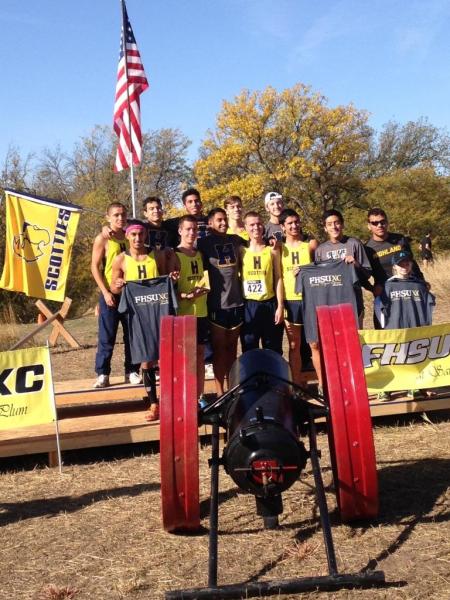 The #11 nationally ranked men’s cross country team from Highland Community College had a huge day at the Fort Hays State Tiger Invitational.  The men took 2nd place in the 20 team Invitational.  As a team, the men broke the Highland record for best overall team time, and Brian Martinez (Pasadena, TX) broke his own Highland record that he set a year ago.

Coach Chad Clevenger commented on the performance, “This was a great team effort. It’s always exciting to see teams perform at such a high level that the institutional records fall.  We went out to a great course, competed against some of the best NJCAA teams in the country, and held our own.  We’re looking forward to the Championship part of our season as we look to break a few more records at our Conference, Regional, and National Championship meets over the next three weeks.  Our Region is pretty tough.  We have eight teams that have been ranked throughout the season.  We’re looking forward to rise up to that challenge.”

The men’s and women’s cross country team compete next on October 25 at the Regional/KJCCC Championship meet hosted by Colby Community College.  The women race at 10:00 am, and the men follow at 11:00 am.