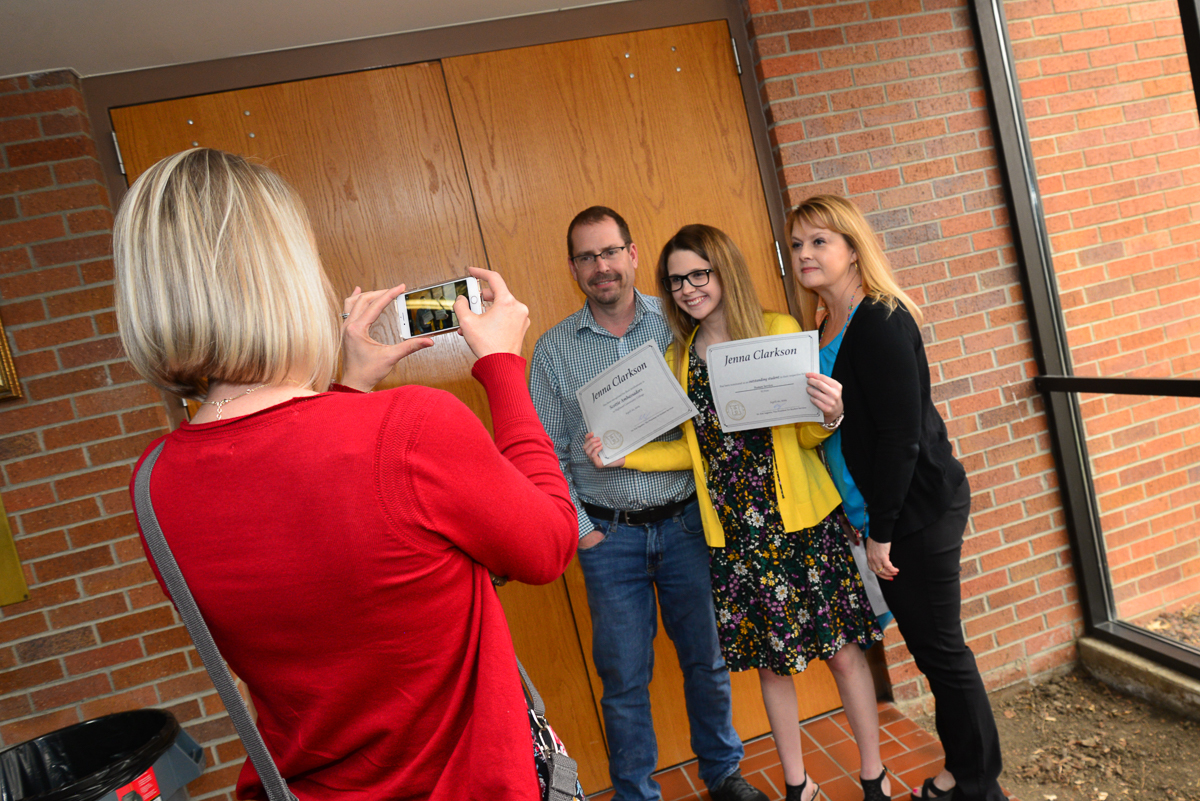 Students from Highland Community College’s Highland campus were honored last week with a ceremony celebrating academic achievements. Students were nominated by faculty members in an area of study and one Excellence Award was given in each of 11 areas. Honor society Phi Theta Kappa members were also recognized for achievements in academics and conference awards.

“We encourage students to grow in all areas and it’s important to recognize those that work hard to stand out academically, “Dr. Eric Ingmire, Vice President of Student Services at HCC, said of starting the awards.

In addition to academic areas, students were recognized for service and involvement on campus, in areas such as student government, student support services and serving as a Scottie Ambassador.

“We know students who are involved in extracurriculars often have higher rates of success,” Ingmire continued, saying that this is just one-way HCC tries to encourage that participation.

Below is a list of names of students who were nominated for awards with the Outstanding Student Award in denoted with an * before the student’s first name.