The  #13 Nationally Ranked Highland Men’s Cross Country team competed at the Missouri Southern Stampede Invitational on Saturday hosted by Missouri Southern State University in Joplin, MO.  Brian Martinez (Pasadena, TX) was the star of the show as he dominated the competition to win the race by 7 seconds with an 8 Kilometer time of 25:48.  The Scotties also had two other guys finish in the top 25 in the 24 team invitational race.  Rey Quinones-Velez (Clermont, FL) finished 20th in 27:08, and Ronnie Carroll (Smyrna, DE) was 24th in 27:17.  Finishing out the scoring for the Scotties were Corey Scott (Pasadena, TX) in 46th, Fernando Lucero in 61st, Derrick Zaldivar (Topeka, KS) in 66th, and Quinton Phillips (North Platte, NE) in 87th in the 171 runner field. HCC finished 5th in the race which was won by the University of St. Mary.  As a team, the Scotties had eight best times of the season.  “We came out and competed hard.  I was very happy to see these guys rise to the occasion in a big meet situation,” said Coach Chad Clevenger.  The Men’s Cross Country team will compete next at the Emporia State Invitational on Friday, September 26th, at Jones Park in Emporia.  Race start time is 5:00pm for women and 5:45 for the men. 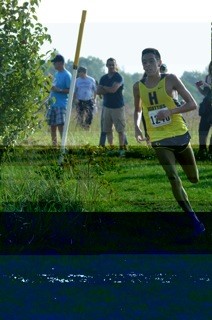