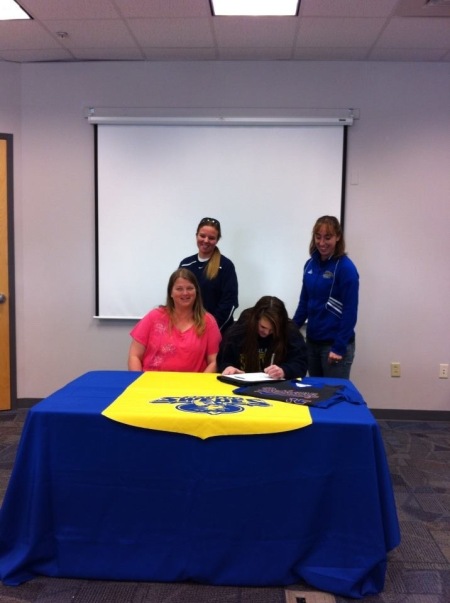 Scottie sophomore softball pitcher Jasmine Stewart (Olathe) has signed a National Letter of Intent to continue her playing career with the Bethany College Swedes next fall. To this point in her career at Highland, Stewart has helped guide her Scottie squad to a combined record of 59-12, and a fourth straight NJCAA National Tournament appearance. In 2013 she pitched 60 innings with an ERA of 2.03.  This year’s team was rated fourth in the pre-season poll, and with only two losses so far, is sure to be in the top five when the first season poll is released later this week.  They sit at 15-1 in Jayhawk Conference play and 20-2 overall.