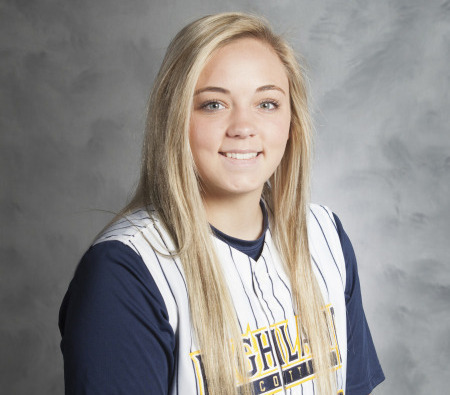 In game one, Nordman hit two solo shots and a two-run home run to join second baseman Morgan Balderas (Wichita), who had a three-run shot, with four RBI’s in a 13-5 victory.  Dominique Sprengers (Haaarlem, Nord-Holland) was the winning pitcher with Taylor Phillips (Ashland, MO) in relief.

Smith faced only 16 batters in game two and Billingsley finished off the final three as the Scotties closed out the series with a 9-0 shutout. Sprengers, Balderas, and ShyAnne Robinson (Atchison) each had two RBI’s – Sprenger and Robinson each had homers.

The Scotties now travel to Topeka for the 2015 NJCAA Region VI Division II District E Tournament at the Hummer Sports Complex on May 2 and 3.  Game one will be at noon on Saturday, May 2, and game two at 4:00 on the north field of the Complex, located at 6th and McVicar.  The Highland Community College Alumni Association will be hosting a tailgate prior to each game.