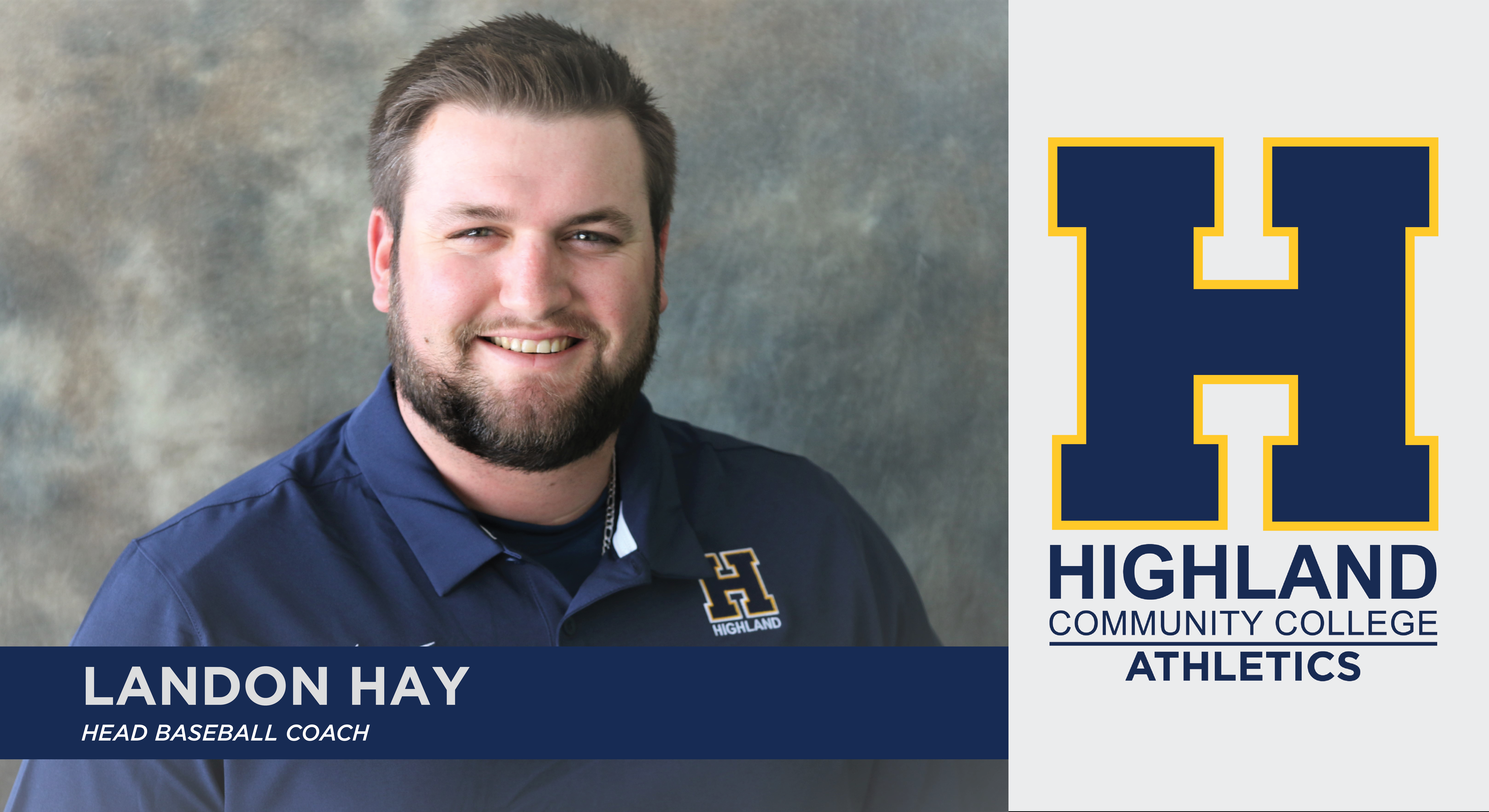 Highland Community College is pleased to announce that Landon Hay has been named the new Head Coach of the HCC Scotties Baseball team beginning with the 2021 baseball season.

As a Lawerance, Kansas, native, Landon was a catcher for the Washburn University (WU) Ichabods baseball team in Topeka, Kansas. As a five-year member of the Ichabods, he was a part of two 30-plus win seasons and helped Washburn reach national rankings as high as ninth in the country. He earned his bachelor’s degree in history from WU in December of 2016.

Hay comes to Highland after serving as an Assistant Coach and Recruiting Coordinator at Benedictine College in Atchison, Kansas. While coaching at Benedictine, the Raven’s offense hit for an average of .329 in 2019 while boasting a slugging percentage .547 and adding 41 home runs. In the shortened 2020 season due to COVID-19, the Raven’s offense still hit for an average of .313 while slugging .511 and 30 home runs. 2019 also saw four players earn All-HAAC awards, along with the Conference Player of the Year at Shortstop, Daryl Myers. Myers was also selected as an NAIA All-American in 2019.

Prior to coaching at Benedictine, Hay was at NCAA Division II Missouri Southern State University (MSSU) in Joplin, MO. He served as the Lions First Base Coach as well as the Catching Coordinator. He also assisted in recruiting and the day-to-day operations of the program. In his time at MSSU, the catching core threw out would-be base stealers at a clip of 36 percent, a number that was good for second in the conference.

Hay is currently working towards finishing up his master’s degree in education from Missouri Southern State University. Hay and his fiancé Becca reside in Atchison.

"I am extremely honored to be named the next Head Baseball Coach at Highland Community College. I would like to thank President Fox, Athletic Director Dr. Bryan Dorrel, and the rest of the hiring committee for this incredibly humbling opportunity. Additionally, I would like to thank Assistant Coaches Ross Davis, and Juan Sanchez for all they have done and will continue to do for Scottie Baseball, as well as Coach Dulin and his family for everything they have done in service of Highland Community College!” said Hay.

"I have been incredibly fortunate thus far in my career to work for and with some incredible people at amazing programs and I would not be where I am without them. Special thanks to Eric Peterson at Benedictine College, and Bryce Darnell at Missouri Southern State University for giving me opportunities on your staff. Last, but certainly not least, thank you to my fiancé, Becca. Her love and support of this crazy career of mine is something I cannot thank her enough for. I am incredibly excited to work with our players and all the great people here at Highland! GO SCOTTIES!"

The Scotties' 2021 baseball season kicks off with a home opener versus York College JV on February 13. Be sure to tune into the Scottie Sports Network for all of the live-action!