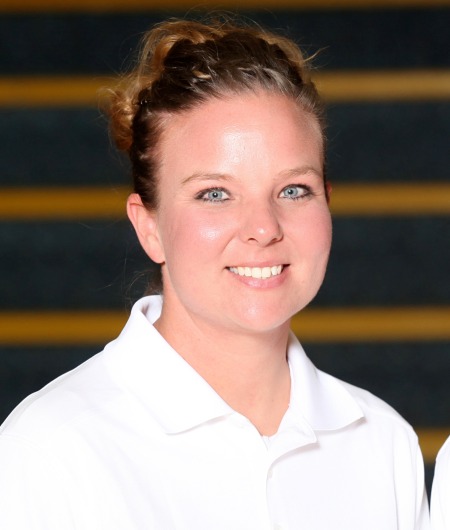 Heidi Jordan reached the 350 wins mark at Highland Community College with the Scotties win over Allen County on Tuesday.  Jordan is in her tenth season as the head softball coach at Highland; she is assisted by her husband, Scott.

Jordan, who is a Highland alumnae, graduating in 2000, started the new millennium off right as she was named All Conference and All Region as a pitcher and designated hitter.  After completing her degree at Highland, Jordan received her bachelor’s degree from Missouri Western State University in 2002, and then quickly returned to the Scotties as the assistant softball coach in 2003 before assuming the head coach position in 2004.

Jordan has been highly successful with the Scotties, coming into the current season needing only five wins to reach 350.  She has taken the Scotties to five consecutive NJCAA National Tournaments. Her colleagues in the Eastern Division of the Kansas Jayhawk Community College Conference recognized her as the Coach of the Year in 2006 when her Scotties achieved a 33-23 record after going 13-30 the year before.

The Scotties found their place in the HCC record book under Jordan’s direction in 2012, as they set a record for the most single-season wins in school history, 48, and recorded the longest win streak with 25 straight victories. During her career at Highland, Jordan has helped her student-athletes become NJCAA Players of the Week, earn All-American honors, and move on to play at NCAA Division I programs.