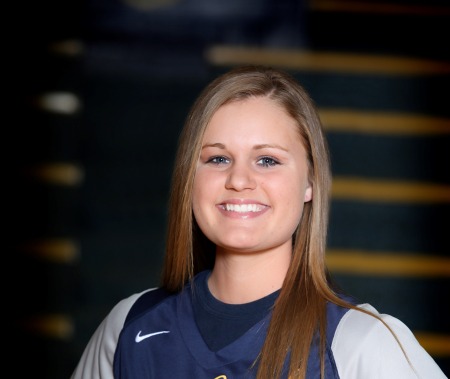 Highland Community College Head Softball Coach Heidi Jordan knew when first watching Kaley Pyles (DeKalb, MO) play that Pyles could develop into a very valuable player to the Scottie program. What Coach Jordan didn’t realize was how big of an impact Pyles would actually make. On Saturday against Cloud County, Pyles hit homeruns #15 and #16 on the season, tying her with Michelle Carter for the Scotties single season homerun record set in the 2000 season.  Homerun #17 for Pyles came only three days later when she hit a towering blast to left field against Coffeyville to sit alone atop the Scottie homerun leader board.

Currently, Pyles is hitting .514 with 48 RBI along with her 17 homeruns. Defensively, she has helped make the Scotties infield once again one of the best in the Jayhawk Conference. She has only five errors on the season for a .938 fielding percentage. Pyles will look to stay hot and help lead the Scottie program to a fourth straight NJCAA Region VI title. Highland will host the first round of Region action at Scottie Park on Friday, April 26.