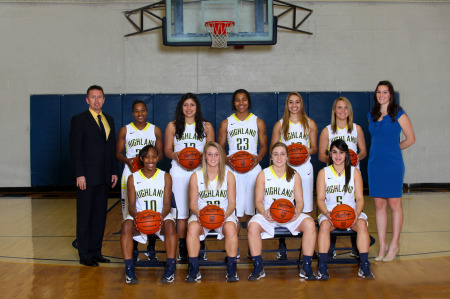 The Highland Community College women’s basketball team defeated Brown Mackie 93-53 in the second round of the NJCAA Region VI playoffs to advance to the championship game against Johnson County on Saturday, March 9, at 1:00 pm in Hartman Arena in Park City, just north of Wichita.  The Scotties are ranked tenth in the latest NJCAA poll, and the Cavaliers continue to hold down the top spot.

Saturday’s championship game is a rematch of last year as the Scotties and Cavaliers once again had strong regular seasons with both teams occupying the top spot in the country during the season.  Injuries have limited the Scotties’ ability to compete inside, but Coach B. J. Smith’s team has adjusted by kicking up their running game yet another notch and getting hot with their perimeter shooting.  This year’s rematch promises to be another fast, hard-fought game.