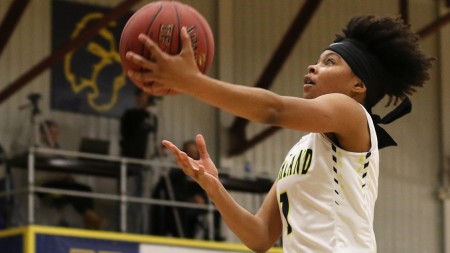 After a dominating 17-0 start for the Highland Community College women's basketball team, the Scotties climb into the NJCAA Top Five, landing in the number 4 spot in this week's Division II National Poll. The Scotties were pre-season ranked number 10 back in October and have not left the Top 10. They kept chipping away week after week, winning every game, and finally, in the first poll of 2018, cracked the Top Five.

The Scotties are not the only KJCCC Division II team inside the Top 10; Johnson County is ranked number 5, while Labette is at number 9. Kansas City Kansas is also receiving votes.

As of Monday, January 8, the Scotties led the nation (Division II) in several categories:

Head coach BJ Smith commented on this week's national ranking, "It's a great recognition for how hard the players have worked and respect for our program as a whole. We will keep our heads down and keep working hard every day, and hopefully, when the dust settles, we will still be standing."

The Scotties have two more non-conference games before Conference play kicks off January 24 on the road at number 9 Labette.