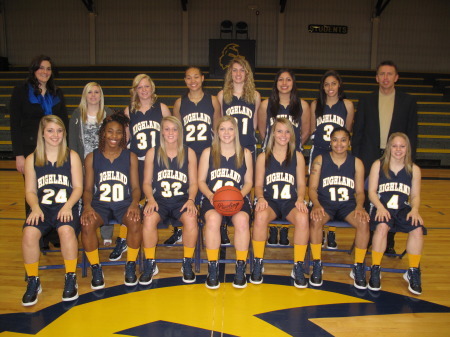 In a week the Highland women’s basketball team moved up to the #5 spot in the national rankings -- the highest ranking in the history of the program -- they went 2-0 in Jayhawk conference play to move to 7-1 on the Conference season and 19-1 overall.

The Scotties defeated Neosho County on Wednesday, 66-43, and Allen County on Saturday, 78-63.  "Both performances were a little less than satisfying.  We had way too many defensive breakdowns and mental breakdowns to achieve our ultimate goals,” stated Head Coach BJ Smith. "We had really pointed to the Cowley County game and after beating them, I thought we relaxed a little bit.  As a coach I have to do a better job of preparing us for those games,” Smith said.

The Scotties return to action Wednesday in the friendly confines of Allen Field House when they play Coffeyville at 5:00 pm