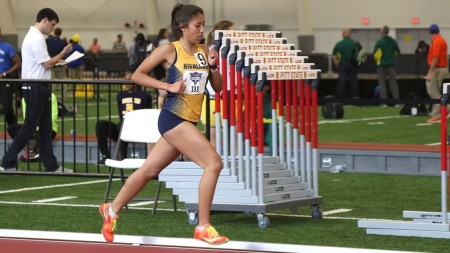 The Highland Community College indoor track & field teams took to the track for the first time this season at the Ward Haylett Invitational hosted by Doane College and had some impressive finishes.

Adolphous Sturrup (SO, Bahamas) and Ibanna Uribe (SO, Omaha, NE) didn't waste any time meeting National Qualifying Standards this season as each of them posted times that punched their ticket into the National Indoor Meet in early March.

On the men's side, SenQuavious Johnson was right on the cusp of two first place medals but came up just short and finished second in both the 60 Meter and 200 Meter Dash. He ran a 6.900 in the 60 Meter behind first place Hunter Sury from McPherson College at 6.891. Sury edged Johnson in the 200 Meter as well by .02 seconds.