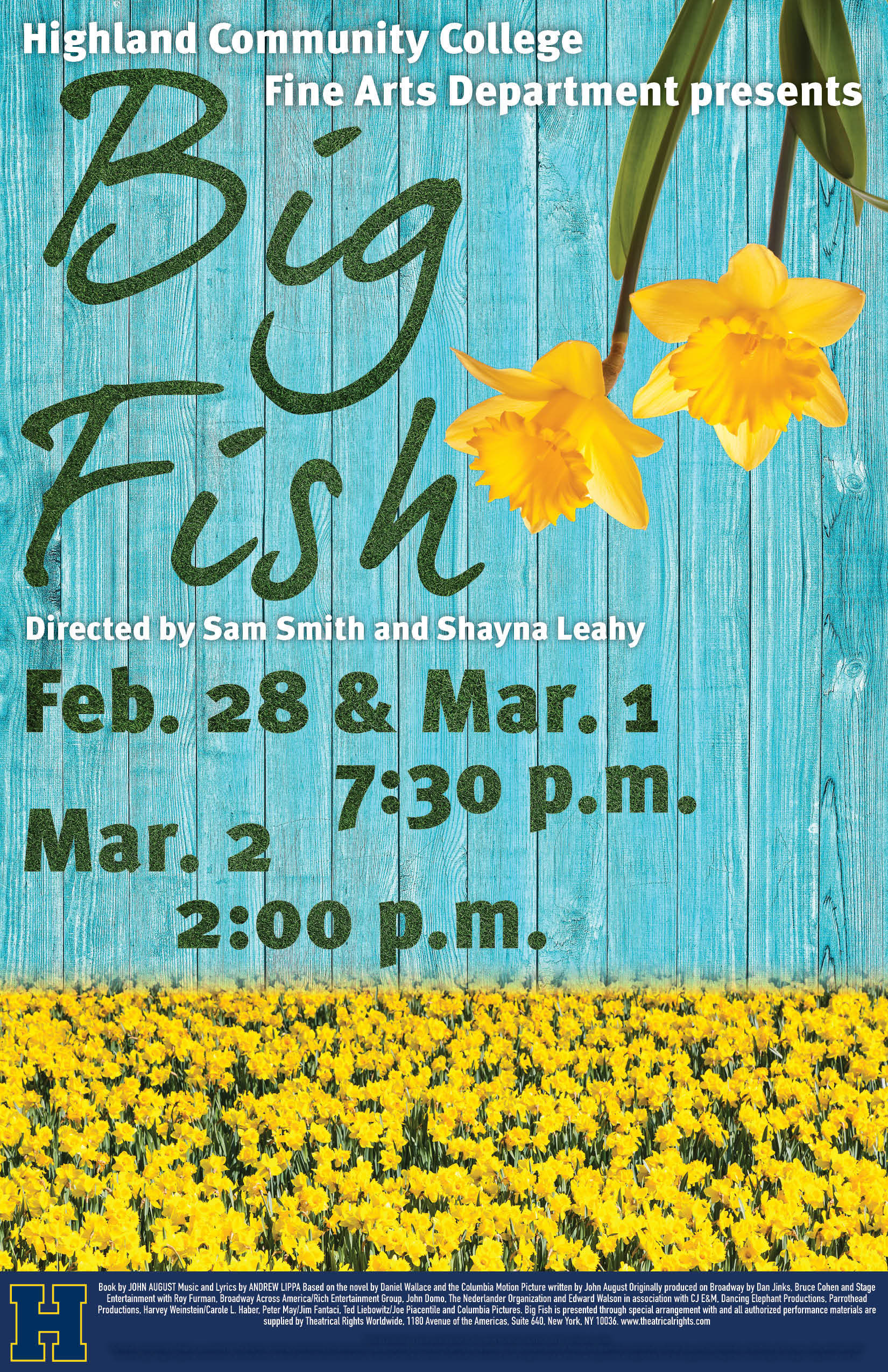 Big Fish is a musical with music and lyrics by Andrew Lippa and book by John August. It is based on Daniel Wallace’s 1998 novel, Big Fish: A Novel of Mythic Proportions, and the 2003 film Big Fish written by John August and directed by Tim Burton.

Big Fish revolves around the relationship between Edward Bloom, a traveling salesman, and his adult son Will, who looks for what is behind his father’s tall stories. The story shifts between two timelines. In the present-day real world, sixty-year-old Edward Bloom faces his mortality while Will prepares to become a father himself. In the storybook past, Edward ages from a teenager, encountering a Witch, a Giant, a Mermaid, and the love of his life, Sandra. The stories meet as Will discovers the secret his father never revealed. The story has drawn comparisons to The Odyssey, The Music Man and The Wizard of Oz.

Big Fish plays at HCC’s Culbertson Auditorium Theatre, on the HCC campus. Evening performances are February 28 and March 1 at 7:30 p.m. with a matinee performance on March 2 at 2 p.m.  As always, there is no charge for admission.  For additional information, please call 785-442-6089, or email at smsmith@highlandcc.edu