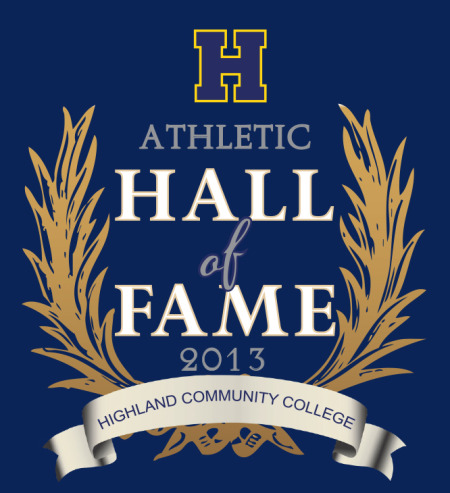 Marty continued his academic/athletic career at Kansas State University, lettering two years in football and one in track.  In 1977, Marty moved back to Highland as head women’s basketball coach and offensive line coach.  His Scottie basketball team compiled a 149-84 record and won five conference titles.

In 1981, Marty became the 13th head coach in the history of HCC football and for the next 24 years coached over 2500 football student athletes.  HCC football was Interstate Conference Champions from 1988 to 1993; Marty was inducted into the NJCAA Football Coaches Hall of Fame in 2002.

Following the directive of Title IX, intercollegiate volleyball was added at the College in 1974.  College President Dr. Jack Nutt asked physical education instructor Glenna Batchelder to assume the duties of coaching HCC’s volleyball team.  Glenna sought the help of Dr. Richard Cox, a KSU professor, who became her mentor and friend for the next 25 years.

Dr. Cox commented, “. . . her genius, however, was not in the technical aspect of coaching volleyball, but in the ability to get the girls to work hard for her and to believe in her as a coach, mentor, and best friend.  I have never seen a volleyball coach who could motivate her athletes as well as Glenna.  She truly loved every young woman who played on her teams and they loved her in return.”

Highlights of the many NJCAA awards her teams received were the 1976 team’s advancement to the NJCAA National Volleyball Tournament in Cantonsville, MD, and the 1998 Number One Academic Team of the Year with a cumulative 3.53 GPA.  Glenna coached for 25 years and had only three losing seasons.  Her induction recognizes Coach B’s excitement, enthusiasm, and enrichment in creating the HCC volleyball tradition that continues today.

Clarence M. “Fuzz” Lewis began his collegiate career in 1951 when HCC was Highland Public Junior College, and the College was looking to increase enrollment with the revival of football, which had not played since 1926.  Fuzz and his fellow athletes became emissaries for the College, recruiting other players and raising money for uniforms.  The College emissaries were successful in setting the stage for future success.  During Fuzz’s second season, the College recorded its first win since the revival with a 64-0 win over Fort Scott.  The Scotties finished that season with 7-2 record.  Fuzz’s 1100 yards as the primary receiver still ranks 4th in the College records.  In addition to football, Fuzz lettered two years in basketball and track.

Fuzz graduated from the College in 1953 and joined the Navy during the Korean Conflict.  He then returned to the Highland area and began his masonry contractor career that spanned 60 years with work seen in three states.  As Fuzz enters the Athletic Hall of Fame, he has spent the past 63 years as an avid supporter of the College, beginning as a student athlete and continuing as one of the most recognized fans at Scottie home games.