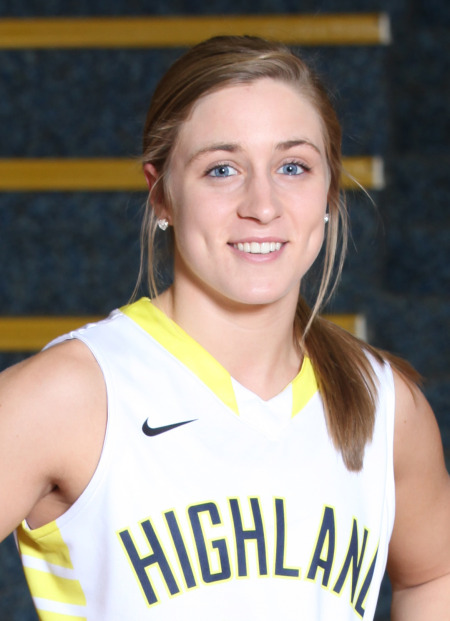 Former Texas Tech and Highland Community College point guard Ryann Bowser is returning to the Scotties for the 2016-17 season as a volunteer assistant coach on B.J. Smith’s women’s basketball staff.

Bowser was the starting point guard on the 2014 National runner-up team at Highland as well as the 2013 team that finished fifth in the country. She was part of the first Jayhawk Conference championship in Highland women’s basketball history, as well as two Region VI championships. The Scotties were 63-9 in her two seasons. After graduating from Highland, Bowser started 20 games at Texas Tech and was ninth in the Big 12 in three-point field goal percentage.

“We are ecstatic to be getting Ryann back as part of our program.  She was a great player for us who continually demonstrated the focused effort and hustle we expect of our players.  She will make an immediate impact in our practices as well as be an asset in recruiting,” said Smith.

Bowser is a native of Holton where she was on a state championship team as well as a state runner-up team. When asked about her return to Highland, Bowser said, “Coming back to Highland has always been in the back of my mind. Highland made me feel like I was at home, and I built so many special relationships with my two years here.  I’m excited to start learning from coach BJ and ready to get started with the players.”